My old illustration teacher, Barron Storey, taught me the meaning of and artists' sketchbook-not only in filling up the pages, but personalizing the cover to make it your own. He brought to class, along with his original cover illustration from Lord of the Flies, stacks of sketchbooks with wonderful collages and sketches inside and out. It has been awhile since I created a collage on my sketchbook cover so I did this quick sketch and experimented with some old film negatives I found. I had finished it off with applying matte medium to protect it and some strange things happened. Some of the film became cloudy and some stayed shiney. Apparently the plastic that protects the film reacts differently to matt medium and super 77 depending on which side it is on. Take a look! 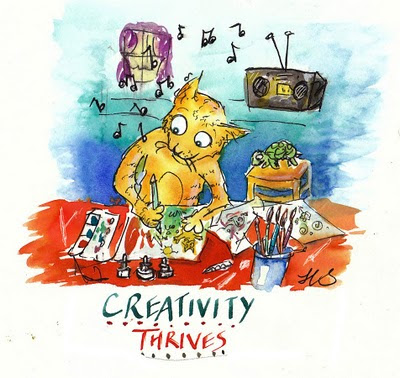 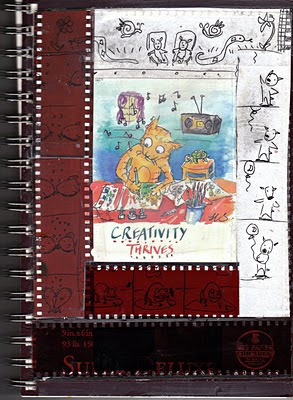 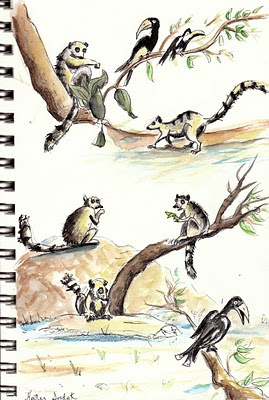 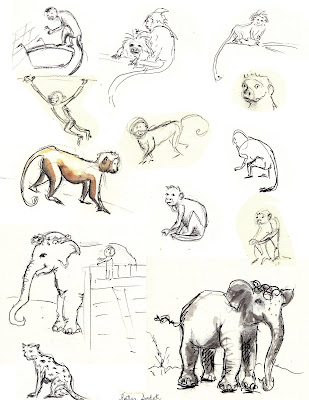 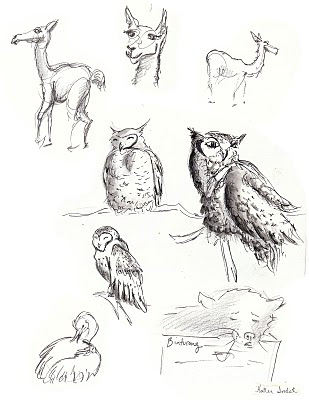 Zoo Day with the local SCBWI Illustrator group was very exciting! It is wonderful capturing the movement and life of the animals, especially the monkeys. It was especially fun when the children visitors were hooting right along with the rowdy gibbons!
Posted by Heather Soodak at 2:51 PM No comments:

Illustrators at the Chemers Gallery! 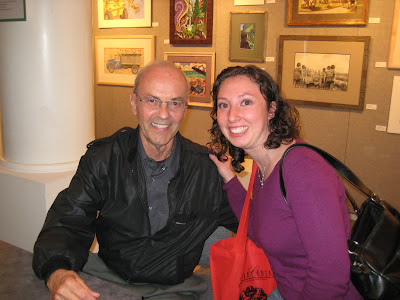 What a wonderful experience I had at the Chemer's Gallery Children's Book illustrator event last weekend! I got to meet Illustrators such as Kelly Murphy, Ronald Himler, and Kristina Swarner, among others. There were demonstrations, book signings, and displayed artwork. Above is a picture of me with Ronald Himler. What an honor to meet such accomplished and experienced illustrators! They have this event every year so I recommend checking it out!
Posted by Heather Soodak at 2:20 PM No comments: 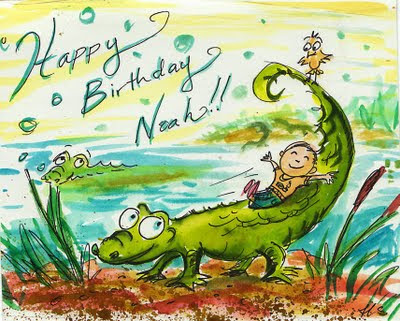 This is a super quick sketch card for my nephew. I love doing art for kids!
Posted by Heather Soodak at 9:01 PM No comments: 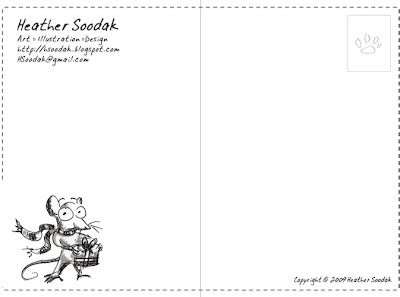 I just created this postcard for the holidays in watercolors and watercolor inks. I will be sending some out soon!
Posted by Heather Soodak at 11:15 PM No comments:

Heather Soodak
Heather Soodak is an illustrator and art educator from the sunshine state. She received her B.A. in Illustration at Laguna College of Art and Design and art teaching credential from California State University, Long Beach. Spending most of her childhood growing up in the Sierra Nevada Mountains, Heather is passionate about the environment and her main goal is to use her art powers advocating for animals. Heather is also an advocate of art education and believes that through creativity and community we can support each other to make positive change for all.  ​ Clients include: The Arts Council of Long Beach, Studio 3 Glassworks, Miraleste Library, Marine Life Refuge City of Newport, Century 21, California Petites, San Clemente Art Supply, and Simply Special Creations. Previous and current projects include Murals, Sculpture, Illustration, and Logo Design. Search my profile and portfolio at http://www.scbwi.org or check out mywebsite: www.heathersoodak.com 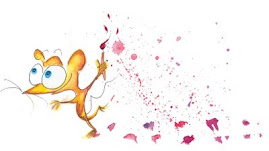